Both teams created the Dekkan, a style influenced by VEJA’s running technology and Vibram’s know-how.

VEJA and Vibram’s collaboration calls for exploration with its new technical outdoor-inspired style. Both teams created the Dekkan, a style influenced by VEJA’s running technology and Vibram’s know-how.

The name inspiration dawns after the Dekkan lava plateau, located in India. An ancient remnant of Earth’s original continent formed by the time dinosaurs went extinct.

Together with the Italian company Vibram, VEJA has co-developed a unique formulation using Amazonian rubber, GEB (Granulado Escuro Brasiliano) for the outsole and VEJA’s EVA sugarcane-based for the midsole. Developed after several months of tests, VEJA and Vibram forged together the ultimate functional sole. The sole is a mix of ecological materials and Vibram’s world-leading technology. This collaboration brings together the synergy of both teams under one polyvalent style made for walking long distances.

The sole offers a good balance of grip, durability and abrasion resistance thanks to the GEB rubber, plus cushioning and energy return thanks to the E.V.A.

The upper crafted by VEJA and made of Alveomesh, 100% recycled polyester, is framed with waterproof TPU sidewalls and rubber pieces at the front and heel to offer protection. 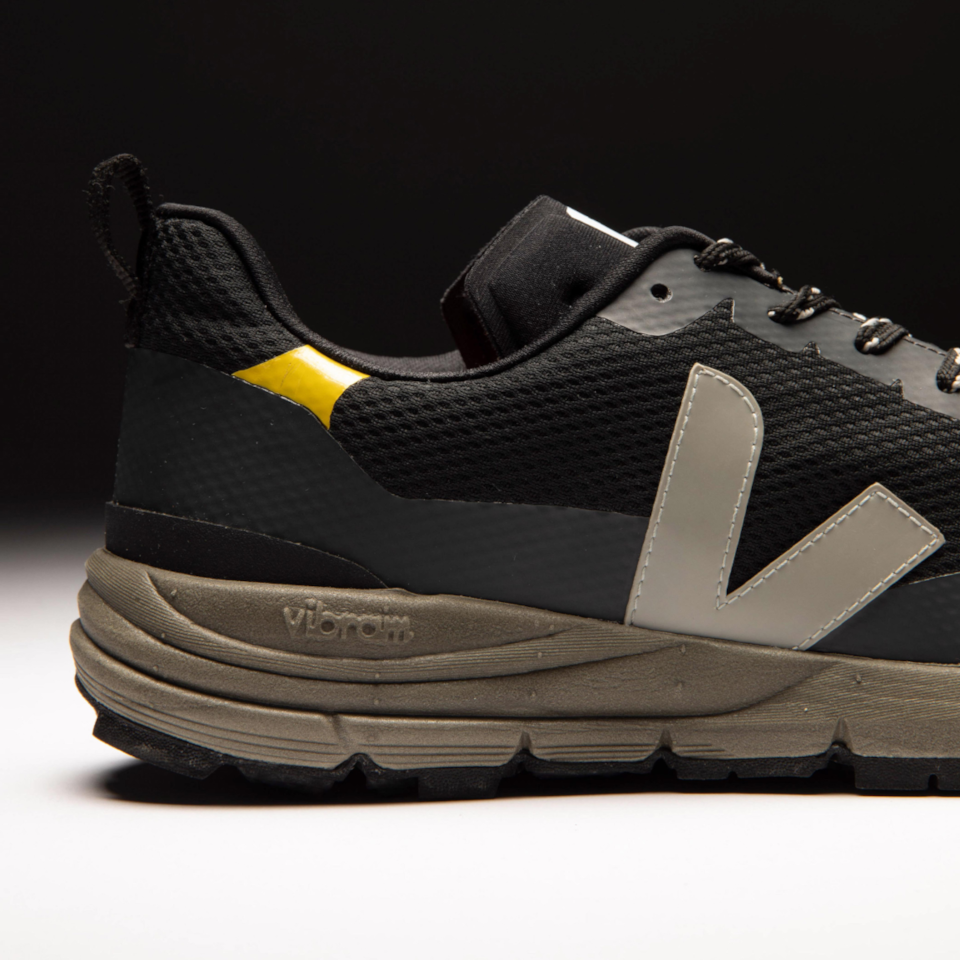