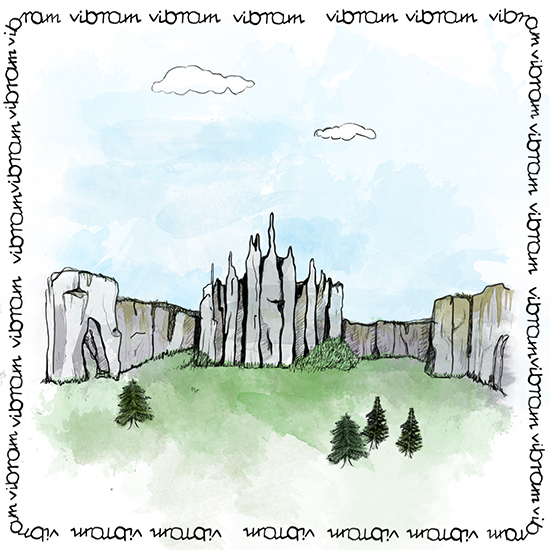 The marble façade of the Milan Cathedral, its spiers, its imposing windows become rocky walls, pinnacles, deep cavities of a mountain. This is how Dino Buzzati, a Milanese from the Dolomites, writer, mountaineer and painter, paints the Duomo di Milano in its painting Piazza del Duomo di Milano in 1957, representing an original continuity between the mountains and the city. In fact, on sunny days, between the spiers of the Duomo, the Alps seem almost within reach.

The history of Milan as a city linked to the mountains begins in 1891, the foundation year of SEM, the Milanese Hiking Society. SEM is born from the desire of about thirty workers who wish to bring the working classes closer to hiking, intended as an activity aimed at recreation as well as regeneration of the body and mind. The peaks reached by the semini, as the members call themselves, have hidden passages that require strength but also artfulness. These peaks must be reachable by public transport; they must be close to Milan, considering that only one day, Sunday, is available for their conquest. It is a difficult kind of mountaineering, of true conquest and sacrifice, which requires efforts that have become unthinkable nowadays. It is here that Vitale Bramani lays the foundations for his future as a mountain guide, developing those qualities of tenacity, his methodology and the inventiveness that will allow him to build a successful business.

In 1928, Vitale and his wife Maria Fasana open the first Vibram store in the heart of Milan, at number eight in via della Spiga: a sales point of mountaineering clothing and equipment, which also provides ski repair services, thanks to Vitale's skills in woodworking. Vibram, a shop never seen before in the city of Milan, soon becomes a meeting point for the Milanese community of mountaineers and mountain enthusiasts, who meet here to discuss climbing and excursions they want to organize. Among the people who often attend the shop are Eugenio Fasana, Maria's brother, mountaineer and artist, Ettore Castiglioni, Vitale's climbing partner, with whom he tested the first Carrarmato sole, his great friend Elvezio Bozzoli Parasacchi and Count Aldo Bonacossa. Over the years, the Vibram shop has become a synonym of avant-garde, thanks to all the innovations regarding mountaineering equipment. Even a very young Walter Bonatti chooses this shop in the heart of Milan in 1947, to get supplies before facing the Canalone Porta of the Piani dei Resinelli.

Milan and the mountains constitute a consolidated and future-oriented combination; in fact, in 2026 the Winter Olympics will be partly hosted in this city, which represented for Vitale Bramani, and still represents for Vibram, a forge of opportunities and the place of choice.